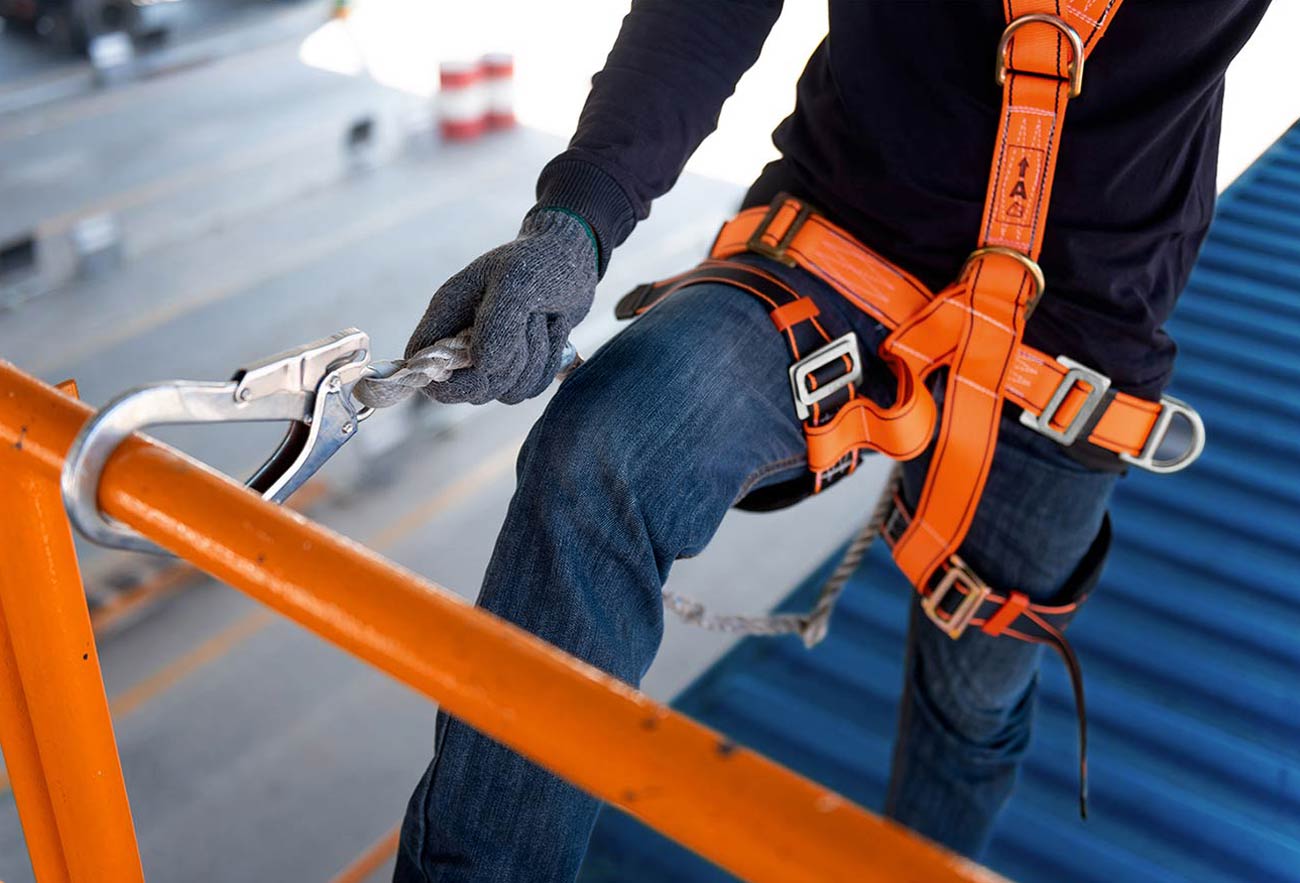 The reality of working on HS2’s biggest construction site

In the early summer sun, with the sound of flint jingling in the pipes below ground, the scene offered from above the TBMs provides a strange sense of serenity. It most certainly doesn’t feel like a typical construction site.

The first of two 2,000t TBM’s on site – named Florence – is already well on a journey which will take it beneath the M25 and onwards. Only the back end of the final gantry which makes up the 170m long machine is now visible, with the majority of the TBM tucked beneath the earth.

It is the first of 10 TBMs that will dig 102km of tunnels for the high speed rail line.

Florence’s sister TBM – Cecilia – is poised to dig parallel to Florence and will be set underway later this month. From the viewing platform above the site, the enormity of the machine is clear to see.

Designed specifically for the mix of chalk and flints under the Chilterns, the two identical TBMs will dig separate 16km long tunnels for north and southbound trains.

Behind the cutterhead are six gantries set on massive rollers which provide everything from a system which automatically erects the tunnel lining segments to a canteen and toilet facilities for the tunnellers on board. Each machine operates as a self-contained underground factory – digging the tunnel, lining it with concrete wall segments and grouting them into place at a speed of around 15m a day.

A crew of up to 17 people will operate each TBM, working in shifts to keep the machines running 24/7. They will be supported by over 100 people on the surface, managing the logistics and maintaining the smooth progress of the tunnelling operation.

On the fifth and sixth gantry are huge air compressors and ventilation cassettes which will supply workers with enough air while they are working underground. The middle gantry is home to a refuge chamber which is a stark reminder that while HS2 is in no doubt an incredible feat of engineering, it presents real risks to those working on the project.

The TBMs will be operated by HS2 main works contractor Align – a joint venture of Bouygues Travaux Publics, Sir Robert McAlpine, and VolkerFitzpatrick.

A crew of up to 17 people will operate each TBM, working in shifts to keep the machines running 24/7. They will be supported by over 100 people on the surface, managing the logistics and maintaining the smooth progress of the tunnelling operation.

Stood on the ground next to the enormous machines you get a real sense of what it is like for the men and women working here. On what is the hottest day of the year so far, wearing full PPE and helmet it is not a task that I am in a hurry to repeat.

When asked how hot it gets in the tunnels themselves, senior project manager Mark Clapp simply replies: “It gets pretty, bloody hot in there.” He adds, the further the TBM travels the hotter it is likely to get. “We keep the crew as cool as we possibly can with the ventilation cassettes, but it does get very hot down there,” Clapp adds.

The crews on board each TBM rotate on 12 hour shifts to keep the TBMs continuously moving; the only exception to this is when tunnelling beneath the M25 – where Highways England has requested just one TBM be in operation at a time due to the potential impact on the road above.

When the TBMs are fully past their launch chamber, workers will be bundled into people carriers and driven to the machines. When the TBMs are nearing the end of their 16km journey, it will take them up to an hour to travel from the onsite accommodation – dubbed the “HS2 Hotel” – to the TBMs. HS2 Ltd and its contractors are looking at alternative options to the people carriers to try and ensure social distancing can be achieved to minimise the risk of a Covid outbreak.

The on-site accommodation block itself is something to behold. A series of containers stacked one on top of another, the “HS2 Hotel” is uncannily similar to Shoreditch’s Box Park – only on a much larger scale. In total there are 140 containers – or rooms – on site which offer each inhabitant a bed and bathroom. They are functional, if on the very snug side. There is also a canteen in a separate container which I’m told “is less fine dining and more like a French motorway service station”.

Each tunnel will require 56,000 precision engineered, fibre-reinforced segments, which will all be made on site. A purpose built factory sits between the HS2 Hotel and the TBM launch chamber.

The factory looks like a massive aeroplane hanger from the outside. Inside, it resembles a car factory from an arty Toyota advert, with robots and humans working in sync. A series of conveyor belts and robot arms lift, flip and move each segment along the carousel, alongside a 14-strong crew of busy workers.

Precast factory boss David Andrews explains how 49 segments are made in one go – which is the equivalent of seven tunnel rings. Each segment of the ring is slightly different to allow them to tightly lock together.

From casting to completion takes seven hours, with 196 segments knocked out each day. Since February, 16,043 segments have been cast; enough for more than 290 tunnel rings.

Once complete the segments are piled in threes and fours and stored outside the factory in rows upon rows stretching as far as the eye can see. At any one time at least 160 completed rings are kept in storage to ensure tunnelling is never held up.

A second hanger-like factory that is even bigger than the precast tunnel factory is also on site. It will eventually be home to the precast factory for the Colne Valley Viaduct which will be constructed to the South of the site. The concrete base of the storage yard from the viaduct segments is being poured during my visit with workers wrapped in protective hazmat-like overalls on top of their PPE.

The viaduct itself will carry the new high speed rail line for 3.4km across a series of lakes and waterways on the north west outskirts of London, and will be almost a kilometre longer than the Forth Rail Bridge and carry trains travelling at speeds of up to 200mph.

It will be another huge undertaking for the men and women working at HS2’s biggest and potentially most challenging site.

This article was originally posted on NewCivilEngineer.com. Click here to read the original article. 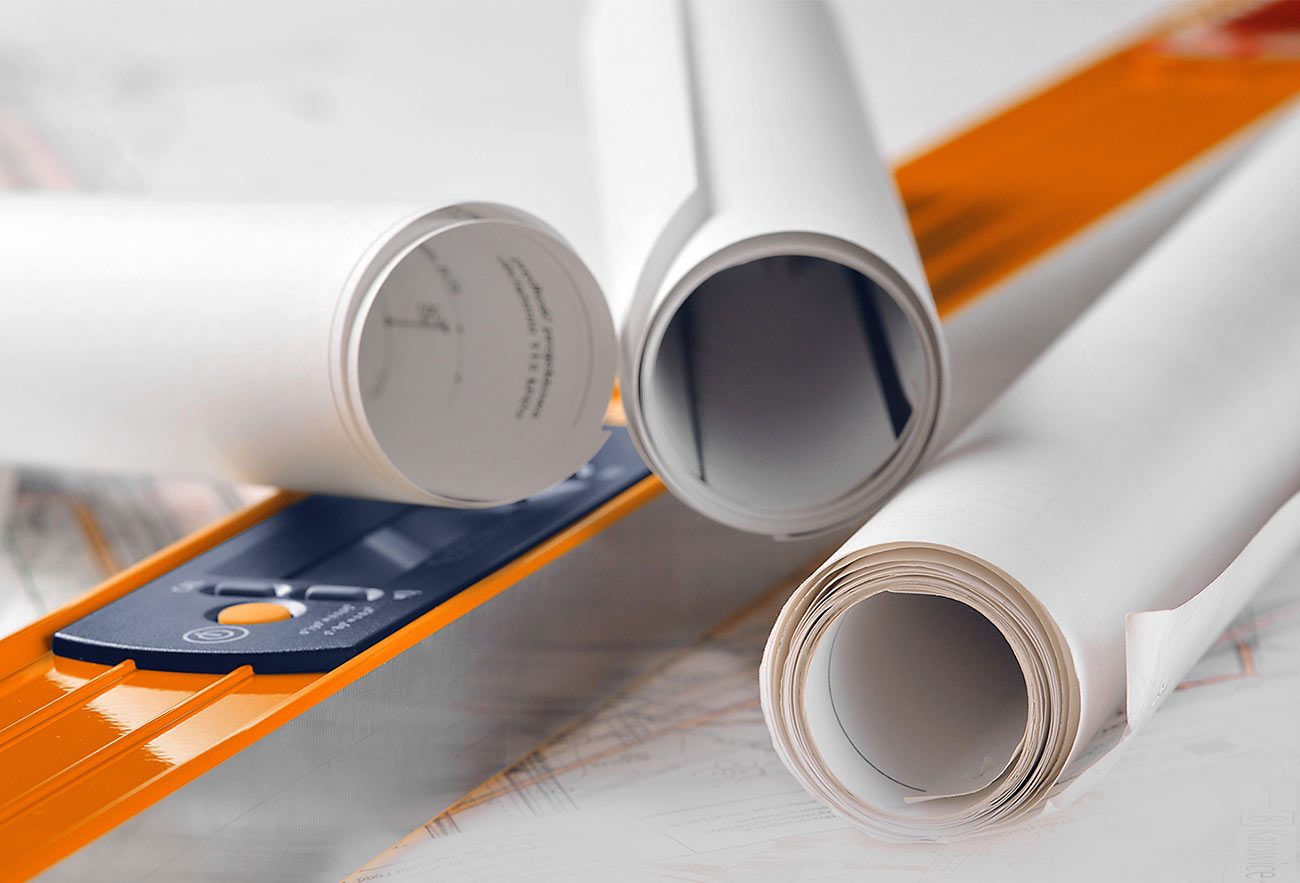 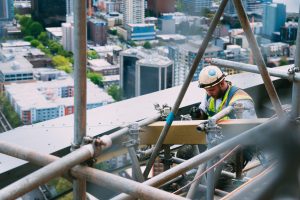 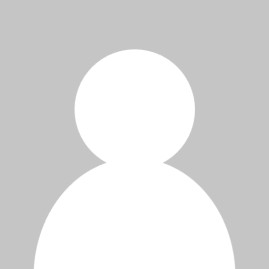 Why we are here?